Flutter Developer Salary In India, Canada, US in 2023

Today we will learn all the aspects of flutter developer salary in India, Canada, US for Freshers and Experts.

One of the most well-liked cross-platform frameworks for creating mobile apps is Flutter. The Dart-based framework enables programmers to produce stunning and quick apps for Android, iOS, and the web using just one set of code. Since its debut in 2017, Flutter has steadily gained popularity as more developers pick up Dart and more companies choose it for their apps.

Being a framework that aids in the development of cross-platform applications, Flutter helps organizations reduce development costs and save time, which is one of the reasons why Flutter developers are in high demand in businesses that use it.

How much does it actually cost to create an app using Flutter?

The total cost includes costs for developing the app’s features, creating its visual aesthetic, renting servers, and, of course, paying the programmers’ salaries. In this article, we’ll examine Flutter developer salary in India, Canada, and the US and the factors that influence it.

Flutter Developers: Who Are They?

Flutter is an open-source UI software development kit that can be used to create both Android and iOS apps.

Salary of a typical Flutter developer

Location and level of expertise are the two main determinants of a software developer’s salary.

If a startup or small business has the option to hire skilled professionals from other parts of the world for 3–4 times less money, it may not be the best choice to hire a developer in the US, where the hourly rate for a Flutter developer can reach $150.

According to their experience level, Flutter developers can be divided into three major groups, just like other programmers.

Junior developers have at least a basic command of English and have approximately a year of experience writing Dart code. They are also familiar with Flutter third-party libraries.

They can collaborate on less essential facets of the app, like helping with initial project planning, developing features that senior programmers have already defined, and addressing minor bugs.

Middle specialists typically have 2–4 years of experience creating iOS and Android applications. They are proficient with Jenkins, Git, and automated testing. Mid-level developers can be trusted to work on larger chunks of code at once and can help junior developers by looking for bugs, improving the code, and planning tests.

Senior developers are experts with more than five years’ worth of experience. These programmers have knowledge of app optimization for Swift and Material Design; they are capable of managing the entire development cycle, from initial planning to app deployment, and their extensive experience aids in managing complex issues and producing desired results. Senior developers frequently oversee a group of junior and intermediate developers, establish goals with them, and act as mentors.

Salary of a Flutter Developer in the US and Canada

Over the years, Flutter has grown in popularity, and most developers who have some background working with a comparable framework, like Dart, begin their careers in entry-level positions. An entry-level Flutter developer in the US is thought to make around $70,000 a year on average.

At advanced levels, Flutter developers have the knowledge and abilities to not only use the framework effectively and with few mistakes, but also to take on additional responsibilities like managing projects and teams, taking on leadership roles, and working with and directing various other teams. As a result, with time under your belt as a Flutter developer, you can anticipate a raise in pay and a change in your position and job description. Advanced-level Flutter developers in the US make an average of about $150,000 per year.

Flutter is already having a significant impact on the IT sector thanks to its many benefits.

This article sheds light on the topic of Flutter Developer Salary in India, Canada, US.

The experience and location of the specialist have the biggest impacts on the flutter developer’s salary in India, Canda and US. Depending on the required skill set and location, there are many programmers available due to the technology’s steadily increasing popularity.

We are expert developer providing free content to help the flutter learner. We need your support. Your little support inspire us 🤗 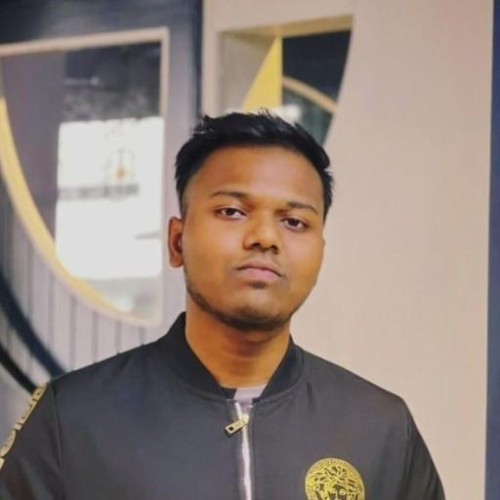 Sarhan Bakshi
I am a Writer, Designer, and Artist who is professional in all sectors. I have more an on-field experience in any of my skills. I am someone who can prove his worth and who is witty and smart enough to handle any situation. I have photography skills and quick-to-act leadership abilities. I am young and sporty. I have great social skills and can hold a conversation with people of three different languages. I am well adept in English, Bengali, and Hindi languages.

How to Use For Loop in Flutter | Best Practice in 2023

How to Use For Loop in Flutter | Best Practice in 2023

How To Change Tab Bar Color Flutter? 6 Easy-To-Do Changes in 2023

For business inquiries, collaboration, jointly work or want to say hi, Contact us by Email: flutterserviceapp@gmail.com